Moulting Shelduck in the Wadden Sea 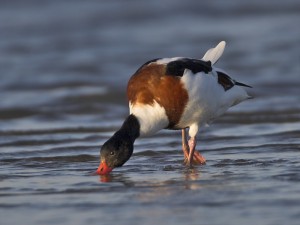 This report outlines the results from coordinated aerial surveys undertaken in Germany and the Netherlands in August 2010, 2011 and 2012. Recommendations are made for future trilateral (Germany, Netherlands and Denmark) monitoring of moulting ducks across the Wadden Sea.

The report can be downloaded from the Common Wadden Sea Secretariat website.