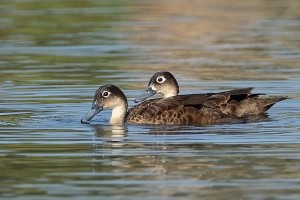 Three duck taxa were considered as part of the Red List evaluation in 2014. Discussions on these can be found on BirdLife International’s Globally Threatened Bird Forum:

Sunda Teal Anas gibberifrons and Andaman Teal A. albogularis are to be split, with the latter listed as Vulnerable and Sunda Teal listed as Near Threatened.

The request for information on West Indian Whistling-duck Dendrocygna arborea will remain open until 2015 as the proposal to downlist it, following new surveys on Cuba that mean it may no longer meet the thresholds for Vulnerable, has been pended.

A proposal to downlist Brown Teal Anas chlorotis to Near Threatened has been pended and the discussion will remain open until 2015.