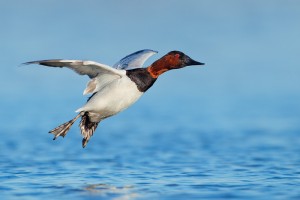 The 2014 duck population and pond estimates from the annual USFWS Waterfowl Breeding Population and Habitat Survey are now available. The full report and other information can be found at Flyways.us. The stories behind the report, including all of this Spring’s flight and ground crew logs complete with photos and videos from the sky are available here.

A further useful summary of trend values for individual species has been provided by Ducks Unlimited.