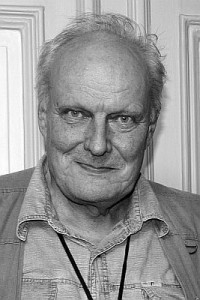 It is with much sadness that we report the death of Prof. Janis Viksne, who passed away on the morning of 13 February 2015.

In 1951 he initiated waterbird studies at Lake Engure and continued this long-term research there until the last days of his life. His main scientific interests were related to waterbird population ecology, waterbird migration and wetland management, and his main studies were related to Black-headed Gulls and ducks (particularly Common Pochard, Tufted Duck and Mallard). Prof. Viksne was also the coordinator or scientific leader of the most important international programmes related to waterbirds and the sustainable management of their habitats implemented in the Baltic States and elsewhere in eastern Europe.

He also made a great contribution to environmental education in Latvia. He is the author of many papers and books, describing the value of nature in Latvia. He has successfully collaborated with the Latvian Association of Hunters and was the author of special guides for Latvian hunters about wildfowl species, and the founder of a country-wide programme of artificial nests for Mallard which resulted in a significant increase of the local breeding population of this species.

Prof. Viksne was also the author or editor of the most important publications related to birds in Latvia and eastern Europe, including ‘Latvian Birds’ (1973), ‘Latvian birds: their territorial distribution and numbers‘ (1983), ‘Population ecology of migratory ducks’ (1986), ‘Latvian Breeding Bird Atlas 1980-1984′ (1989), ‘The Bird Lake Engure’ (1997), ‘The Garganey and Shoveler in the Baltic States and Belarus’ (2003), and ‘Atlas of duck populations in Eastern Europe’ (2010).

As a prominent scientist Prof. Viksne was elected as Academician of the Latvian Academy of Sciences and was decorated with the National Order of Three Stars (2013) for his merit in service to Latvia.