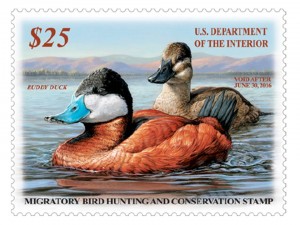 The latest Adaptive Harvest Management report for 2015 has just been released by the U.S. Fish & Wildlife Service. The report provides waterfowl managers and the public with information about the use of AHM for setting waterfowl hunting regulations in the United States, using the most current data, analyses, and decision-making protocols. Duck populations that are featured in the report are three North American populations of Mallard, American Black Duck, Northern Pintail, and scaups (Greater and Lesser).

Also recently published is the latest Migratory Bird Hunting Activity and Harvest Report, covering 2013/14 and 2014/15. This reports that over 13.7 million ducks were harvested in the United States in 2013, with a decrease to just less than 13.3 million ducks harvested in 2014.