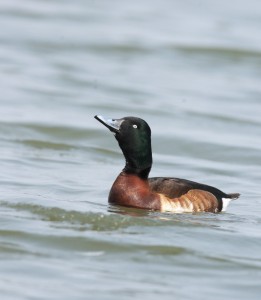 A Task Force for the Critically Endangered Baer’s Pochard (BPTF) has recently been established, under the auspices of the East Asian-Australasian Flyway Partnership (EAAFP), to oversee the implementation of the Species Action Plan that was endorsed at the 8th EAAFP Meeting of Partners in Kushiro, Japan (16-21 January 2015).

The BPTF consists of representatives of EAAFP Partners and other experts, and its purpose is to:

2) Stimulate and support Range States in the implementation of the SSAP; and

3) Monitor and report on the implementation and the effectiveness of the SSAP.

Further information about the Task Force and its activities can be found on the BPTF web page.