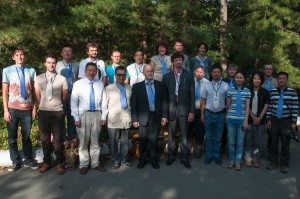 The meeting reviewed threats and actions for the species. Since a workshop in 2010, there has been encouraging progress, with the publication of a much more accurate population estimate, based on extensive survey in the breeding range. There have also been wide-ranging winter surveys in China, particularly by the China Birdwatching Association, which, along with a habitat model, have provided a much better idea of wintering distribution. Further welcome developments include the submission of recommendations to the state authorities in China designed to limit the impact of new dams on mergansers.

It has become clear that disturbance is probably a bigger threat than previously thought for this particularly sensitive species throughout its range. The challenge to save this species and its riverine habitat will require work across many stakeholders and particularly with high-level authorities responsible for rivers, fishing, forestry, agriculture and development. 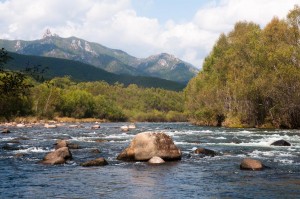 Participants then moved to a key breeding river the Sikhote-Alin mountain range, where the Russian Scaly-sided Merganser project team demonstrated boat surveys and how to build, erect and restore artificial nests which they have used successfully in the Sikhote-Alin mountain range for over ten years. There was also a celebration of the formal opening of the SsM Visitor Centre at Kishinyovka, which will be used to highlight the plight of the species to stakeholders.

The draft Species Action Plan will be submitted to the EAAFP Secretariat for approval by Partners at MoP9.

Thanks to Peter Cranswick for this news item. Other excellent reviews of the meeting have been published by the EAAFP and Birds Korea.