Declining seaducks no longer huntable in Estonia and Latvia 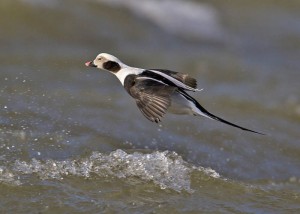 Seaducks of conservation concern in Europe have recently been removed from the lists of huntable birds in Estonia and Latvia.

The Estonian Ornithological Society (BirdLife Partner in Estonia) supported the Estonian Ministry of Environment in taking this decision.

In Latvia, both Long-tailed Duck and Velvet Scoter were removed as huntable species on 7 September 2016.

Although the number of these species harvested in Estonia and Latvia were small, these are sensible precautionary measures whilst the causes of decline for these species are investigated and there is no flyway-wide system for evaluating harvest rates and determining sustainable levels of future hunting.