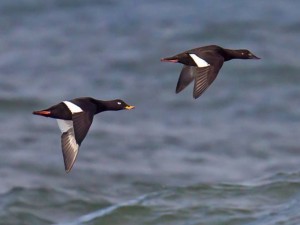 The Northern European population of Velvet Scoter is the focus of the Action Plan as surveys conducted around the Baltic Sea in 2011 indicated a decline in this population of around 60% since the mid 1990s – down from 1,000,000 birds to an estimated 450,000-500,000 birds. A second population in the Black Sea/Caspian Sea probably
numbers around 1,500.  The main threats to Northern European Velvet Scoters include habitat loss in its breeding and wintering areas, bycatch in fishing gear, pollution and human disturbance. 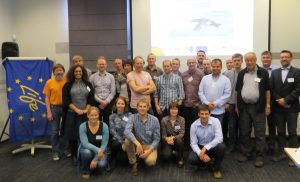 At the workshop it was also identified that relevant knowledge about the species’ biology and threats was incomplete and an extensive research and
monitoring programme is needed to increase understanding of the drivers of population decline and allow better conservation planning and action in future.

The Action Plan will be prepared during 2017 and submitted to AEWA’s 7th Meeting of Parties in 2018.