Maccoa Duck has been uplisted to Vulnerable on the IUCN Red List as a result of an ongoing decline in this already small population. This follows the recent addition of a number of other diving ducks to the Red List. Full details of the decision can be found on BirdLife International’s Globally Threatened Bird Forum. 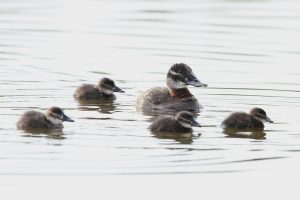 The need for conservation action to protect this species has been recognised for some time. An International Single Species Action Plan was published by AEWA in 2007, but resources to implement it have been limited.

Now is the time to begin to gather a better understanding of its population and the factors impacting its status. The DSG is supporting efforts to find a way forward for the implementation of the AEWA SSAP, and encourages any researchers and ornithologists active within the relevant range states to contribute to this effort.