In 2016, WWT coordinated an assessment of the sex ratio of Common Pochard in Europe and North Africa. They received a fantastic level of support from DSG members, waterbird counters and birders across the region who got involved to help organise national counts or collect data. The results of this study have recently been published in the journal Wildfowl and can be downloaded here. 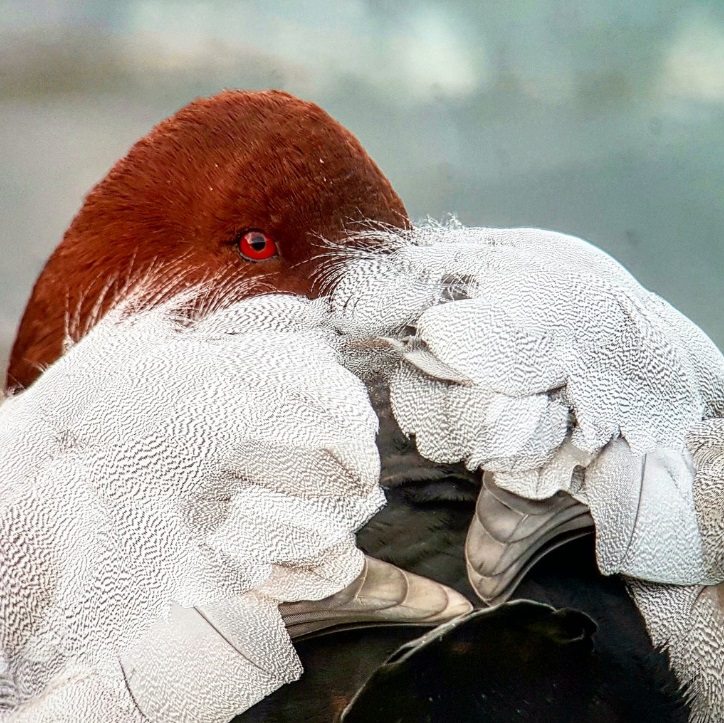 To compare the 2016 results with a previous survey carried out in January 1989 and 1990, data from 13 countries were used in the assessment. This comprised a total of 106,288 individual Pochard that were sexed in 834 flocks. This indicated that the proportion of males in Europe and North Africa has increased from 62% in 1989-90 to 71% in 2016. Overall, eight of the 13 countries showed greater male bias in 2016. This suggests that factors that adversely affect female survival (and cause the normal preponderance of males) may have worsened and caused a further decrease in female survival (relative to that of males). This may also partly explain the overall decline in Pochard abundance.

Several potential direct and indirect factors were identified which may explain this apparent decrease in female survival, including changes in levels of direct and indirect hunting mortality and predation. Pochard is widely hunted, being quarry in at least 26 countries throughout Europe, and waterbird hunting pressure within Europe is widely recognised as being greatest in southern Europe where the largest proportion of female Pochard overwinter. Spatial differences in hunting pressure may also influence female survival indirectly through additional mortality as a result of the ingestion of spent lead gunshot.

Increased female mortality from predation is another possible cause; a recent review of the decline in Pochard suggested that predation by a range of species, including non-native mammals, could be a major threat to breeding birds. Female Pochard spend more time on the breeding grounds, incubating eggs and raising ducklings, than do males, leading to an increased level of predation particularly during the incubation period. The rapid spread of some non-native mammals may be exacerbating this.

Whilst this study provides some very useful indications of what might be contributing to the decline of Pochard, overall there is still a lack of adequate knowledge to explain the demographic causes and underlying drivers of the observed decrease in the proportion of females. Given the widespread and ongoing decline of this species throughout most of Europe and North Africa, further information on demographic drivers of change is urgently required to help facilitate the development of targeted conservation and management actions for this declining duck species.

The DSG would like to extend huge appreciation to the many people who collected data, or helped in other ways, for this assessment. The study highlights the value of monitoring sex ratios and as a result we are keen to reinvigorate this. We are now seeking participation from waterbird counters and bird watchers across Europe, North Africa and Southwest Asia to help continue the collection of sex ratio data for all ducks where sex can be determined in the field. Please see here for further information on the routine collection of sex ratio data and also to submit your counts.

Furthermore, if you have historical sex ratio data we would very much like to hear from you as this could enhance our understanding of long-term changes in population structure.